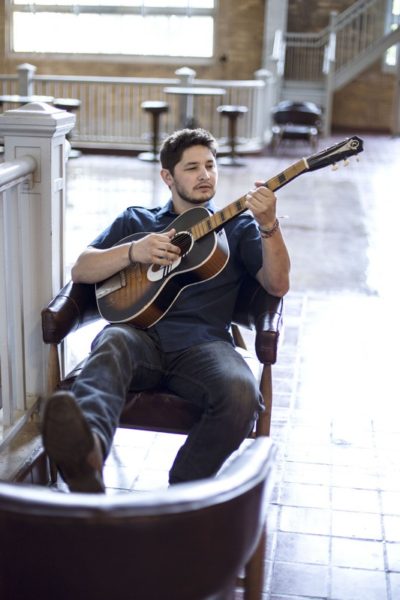 Shawn grew up in a small town in Wisconsin, about an hour south of Madison, called Monroe. From a young age he was very active in many different sports and they kept him busy all throughout his school years. However, before his junior year of high school he found a new hobby when he purchased his first guitar. Shawn quickly started building a repertoire filled with the songs his parents listened to – such as, John Mellencamp, The Eagles, and a plethora of hit country tunes. Playing guitar and singing songs quickly became what he filled his spare time with.

In 2012 Shawn got his degree in Therapeutic Recreation from the University of Wisconsin – La Crosse. Although never performing professionally at this time, Shawn played a lot for friends and family. Shawn moved to Texas in 2012 to complete an internship and got a job at a new nursing home in Cedar Park, Texas. For two years Shawn continued to work in nursing homes around the Austin area and music was often a focal point in the activities that Shawn scheduled for the residents at the nursing homes. In 2014 he was introduced to Matthew Briggs and Zack Walther, through mutual friends, and from then on Shawn started taking music more seriously. He started playing acoustic during the Zack Walther Band shows, and eventually started going on the road with Zack, selling merch and setting up and taking down gear. When Zack’s bass player left the band, Shawn learned how to play bass so he could fill in if needed, which led to Zack asking him to join the band. Shawn fell in love with touring around Texas every weekend and enjoyed the challenge of learning a new instrument and a whole new set of songs outside of his influences.

2016 was Shawn’s first year of playing music full time, and he has kept busy playing shows with Zack, performing solo in the community, and performing for the older population at many nursing homes/assisted living facilities from San Antonio to Austin. Each of these different types of shows offered Shawn the opportunity to learn different types of music, and has resulted in him having a long list of cover songs that he can bust out when needed. During the summer of 2016 Shawn spent seven months playing guitar and touring the Midwest and East Coast with the Alex Meixner Band (a world renowned Polka band). During this time Shawn learned to play yet another type of music and his stage experience grew exponentially. In early 2017 Shawn came back to New Braunfels to fill his role in the Zack Walther Band, and continue to make a name for himself as a solo artist. He also started his own podcast, The Hart of Americana, where he has conversations with people in and around the Texas music business. This year has been one of his busiest yet and he has no plans of slowing down anytime soon.